An update on Orange-bellied Parrots 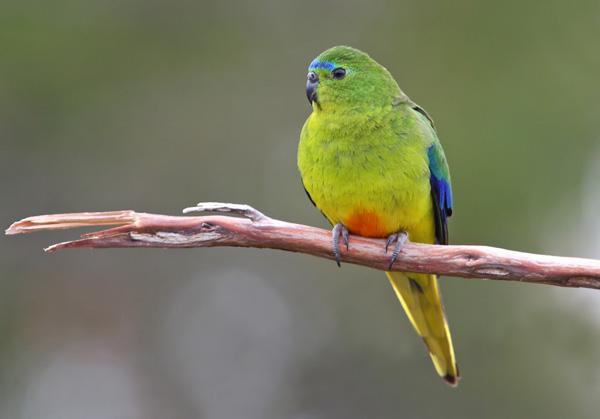 News on the OBP front is not so rosy as things seem to be for birds here at Inala, but we're not giving up the fight yet. Confronted with the cold hard facts that only four wild females and eleven wild males returned this year to their breeding ground at Bathurst Harbour, and recognition that the captive-breeding program has failed to improve the situation, the Difficult Birds Research Group at Australian National University (ANU) has taken a different tack. In November they launched a crowdfunding campaign with the aim of raising $60,000 to enable breeding intervention to be undertaken in the field, namely the exchange of infertile wild eggs for fertile captive bred eggs. It is hoped that 'wild hatched' offspring will result and that these will have a better chance of surviving in the wild and eventually helping the population inch its way back from extinction.

Inala contributed to the crowdfunding campaign by donating accommodation, and our Inala guide Mark Holdsworth (president of the Friends of the OBP) also generously donated his time to lead specialist birding trips to Bathurst Harbour as part of the crowdfunding effort.The campaign turned out to be an amazing success with the target amount more than doubled! To date $140,978 has been raised. This will enable the project to be funded, reviewed and planned onwards, well into the following season as well. This is really great news so thanks so much to everyone else who supported the campaign.

If you would like to know more, here are the relevant websites:

This is the group's facebook page, though it focuses mainly on Swift Parrots:

And then there's news too on the Tasmanian Government's OBP program facebook page: