Home » Latest News » Birds at Inala - there's been so much happening!

Birds at Inala - there's been so much happening! 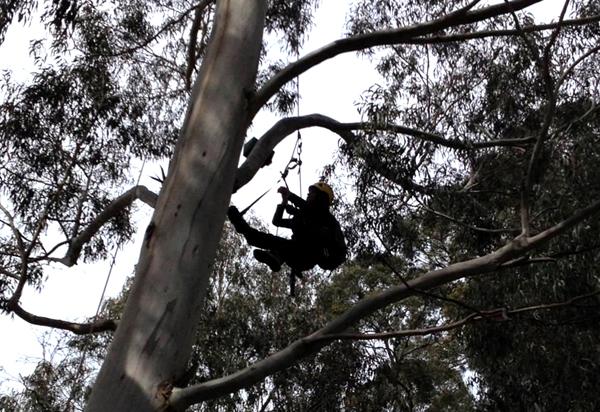 Fernanda taking the elevator back to a Forty-spot nestbox to gently return chicks. Below L-R (via 'read more' link): Ugly ducklings or baby Forty-spots? Swift Parrot nest boxes ready to be installed at Inala.
18 December 2016 - 3:59pm

It's been a bumper spring for birds at Inala this year. After a wet winter and the best spring growth we have seen for many years, the birds are taking advantage of excellent conditions to breed in profusion.

The Forty-spotted Pardalotes have been amongst the most prolific breeders this spring. There are five active nests just in the area around the viewing platform! Some nests have already been used twice this season and, with the birds continuing to show interest in the nests, it looks as though a third brood is likely.

ANU PhD researcher Fernanda has been monitoring some of the nesting boxes and found no trace of the parasitic screw worm larvae at Inala, which have previously caused mortality in Forty-spot chicks – thank goodness! And she has counted 4-5 chicks in each nest so that's a bumper season indeed.

The Swift Parrots, recently listed as critically endangered, have also had a great breeding season here on Bruny Island, which is really great to see. We have been keeping you up to date on the situation with sugar gliders and crowd funding to make nest boxes, which have been installed around Bruny Island. Most of these went up on North Bruny, where natural nesting hollows are in limited supply, however, twenty have been installed at Inala. This has proved very successful, with up to 6 eggs being laid by Swift Parrots in some nests. Thanks to Dejan “D” Stojanovic and his team, this species has a real chance of long-term survival after what was a bleak prognosis. For further information on the great work being done by D and his team, there is a nice ABC news article here.

Several 'natural' nests have been located at Inala, mostly natural hollows in the old growth forest trees on the property' - again this is a reminder of how important it is to preserve old-growth forests. It is wonderful to see so many Swift Parrots around. Thanks to Dejan “D” Stojanovic and his team, this species has a real chance of long-term survival after what was a bleak prognosis.

A whole suite of raptors continue to visit us, and we have a pair of Swamp Harriers currently breeding in the rushes in wetlands near our canopy platform (the Forty-spotted Pardalote viewing platform). The chick fledged the other day and we had great pleasure watching it make its maiden flight, accompanied by one of the adults.

The Grey Goshawks are busy nesting and are making less frequent visits, although we expect to see them more often again, soon (hopefully with their young). Two White-bellied Sea-eagles are regulars, as are the Brown Falcons and Brown Goshawk. So there is still plenty to see at the raptor hide here at Inala!

The exuberant growth and seeding of grasses this spring has also been great for Beautiful Firetails. Olive Whistlers seem more prolific than usual too, with several pairs breeding around Nairana cottage.

The Welcome Swallows have once again taken up residence in their nest above the door of the Nature Centre, so the poop collector has been reinstalled under the nest for the comfort of visitors! (and Julie, our long-suffering cleaner.) Three young fledged two days ago and are taking practice flights around the carpark. We’ve had to keep the office door shut because sometimes one or two take a wrong turn and end up amongst the computers and carnivorous plants! 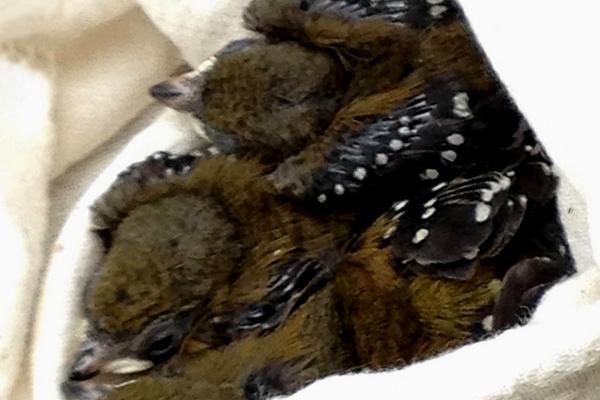