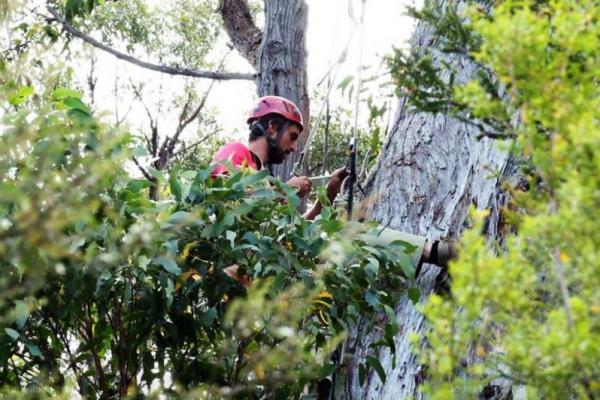 We are pleased to report that we have also had some successes with Swift Parrots breeding on the Inala reserve this season. This also forms part of ongoing scientific research, and in all a whopping twelve nesting sites have been discovered on Inala. This figure does not include nests on the new land that we have acquired where we expect a good number to be found in future (it is mostly prime Swift Parrot habitat!).